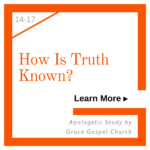 An argument can be logically sound. But it can still be false because the premises do not correspond with reality. If so, how else can truth be known? We will explore induction and deduction reasoning.  Read this post

Yesterday, we discussed the fundamental and inherent laws of logic.Two of these principles are the Law of Non-contradiction and the Law of the Excluded Middle. Read more about these laws. Read this post

Truth exists, and it is absolute and undeniable. To say "truth cannot be known" is self-defeating because that very statement claims to be a known. It claims to be an absolute truth. So how is truth known? Learn more. Read this post 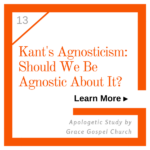 Immanuel Kant's Agnostic Skepticism impact has been even more devastating to the Christian worldview than David Hume's Skepticism. In Kant's philosophy, there is no way to know anything about the real world-even things verified by your senses. Learn why we should be skeptical about Kant's philosophy. Read this post 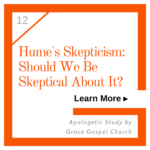 David Hume is responsible for the skepticism prevalent today. As an empiricist, Hume believed that all meaningful ideas were either true by definition or must be based by sense-experience. Learn more why we should be skeptical about David Hume's skepticism. Read this post