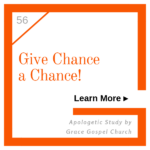 Can all the incredible specified complexity in life be explained by chance? Not a chance! Darwinists and theists have calculated the probability that life could arise by chance from nonliving chemicals. The figures they calculate are astronomically small—virtually zero. Read this post 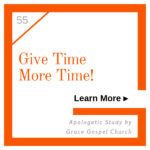 Darwinists dismiss the conclusion that intelligence was necessary for the first life by suggesting that more time will allow natural laws to do their work. Give it several billion years and eventually we will get life. Is this plausible? Read this post 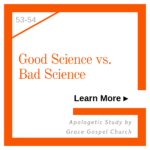 In previous blog post, we discussed how prominent evolutionists are suggesting panspermia theory. In light of unsatisfying explanations such as spontaneous generation and panspermia, who do you think is practicing the bad science: the theists (or creationists) or the atheists (or Darwinists). Read this post

It is commonly believed that the so-called creation-evolution debate entails a war between the Bible and science, religion and science, or faith and logical reasoning. This perception is strongly encouraged by the media. Nothing could be further from the truth. Read this post 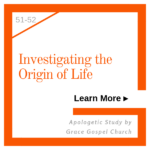 In previous blog post, we discussed origin of life and Principle of Uniformity. Why then do Darwinists come to the conclusion that the first life spontaneously generated from nonliving chemicals without any intelligent intervention? Read this post